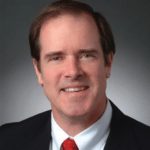 Robert M. Whelan, Jr., while an inaugural fellow in the first class of the Harvard Advanced Leadership Initiative, became the Chief Executive of 13th Avenue Funding in order to advance his dream of making a college education financially available to everyone with the qualifications and desire to go. Bob has nearly 30 years of experience as a senior executive for a number of finance and investment companies, including Whelan and Company and Valuation Perspectives, Inc., which he founded to provide advice in the technology, healthcare and alternative energy industries. Bob has been a trustee of several prominent secondary schools in the Northeast. He received a BA in history from Dartmouth College in 1974, and an MBA degree in 1976 from Stanford University. Bob and his wife reside in Boston.