To Open, or Not to Open? What We Learned About Summer Camps During Covid-19.

In May 2020, summer camps throughout New England were faced with an unenviable decision: to let families all over the world know there would be no camp season. This was true at the five camps of the Aloha Foundation and affected counselors, campers, and their families. It wasn’t a decision easily made, as the impact of a missed year extended beyond the financial loss of a season’s revenues, to include the interruption of the careful and deliberate program of emotional growth and social development for hundreds of campers, a program missing from many schools’ curricula. That social and emotional learning is known at the Aloha camps as Success Counseling, a program of long-standing and established effect, based on the research in Choice Theory of Dr. William Glasser and refined by the camps’ leaders, most notably Dr. Barnes Boffey, Director Emeritus at Camp Lanakila for boys.

Assessing the Impact of a Lost Year of Camp

I had the opportunity to talk about the summer-that-wasn’t with Dr. Bryan Partridge, the current Director leading the camp. His responses to my questions affirmed my understanding of the importance of camp summers for the children and surprised me in terms of the extent of the impact and the community’s responses to the decision not to open. The first surprise came in the form of Bryan’s comment that things progressed so quickly that there was no time to grieve the loss of the season. Grieve? For a missed summer at camp?

There is an emotional life at camp, more precisely of camp. Camps are family communities endowed with the same emotional power in the lives of campers, counselors, and their extended families. In proof of that point, Bryan, who with his family was in residence at Lanakila the entire summer, told me about the daily stream of visitors. Counselors, alumni, campers with their families, would come to reconnect with and restore something essential within them. It is an idealized feeling of self, of who you really are. The confidence you have in yourself, the feelings of self-worth, of valued friendships with worthy people. Learnings that shape you and your understanding of your place in the world, a place of connection to a community that helps to define the person you are—and for adults, the person you remember you were and would be again. Success Counseling, the social and emotional learning culture at Lanakila and all the Aloha camps, leaves hallmarks on the individual child which do not fade with the passage of time.

There is a powerful sense of place at Lanakila, as at all camps.  It’s our privilege to work with many camps throughout the Northeast. During the challenges of Covid, we reached out to many camp directors and followed them on social media.  If there is a silver lining to all of this, it’s in the discovery of treasured traditions and social connections unique to each place and its campers and staff.  To an uninitiated observer, it might seem that the emotional connection is physically based, or at least triggered by nostalgia for surroundings that seem permanent and ageless and a time that memory serves up in a rosy-golden glow. Yet it isn’t the place so much as the person in the place—who we are encouraged to be when we are there. The real power of the camp experience is in the discovery, guided by the teachings and modeled behaviors of Success Counseling, of our best selves. True, it’s found casually in shorts and t-shirts and in cabins, on playing fields and around campfires, but it is the individual in those places that young and old seek to recapture, to see every day reflected in the mind’s mirror.

That sense of self, of our best self, is the goal of all successful camp programs. As Bryan Partridge put it, “The lessons you learn at camp—that’s what we want you to take into the world. People say that Lanakila is the place where people get to be the people they want to be, where the standard you walk (live) by is the standard you expect of yourself and others.” 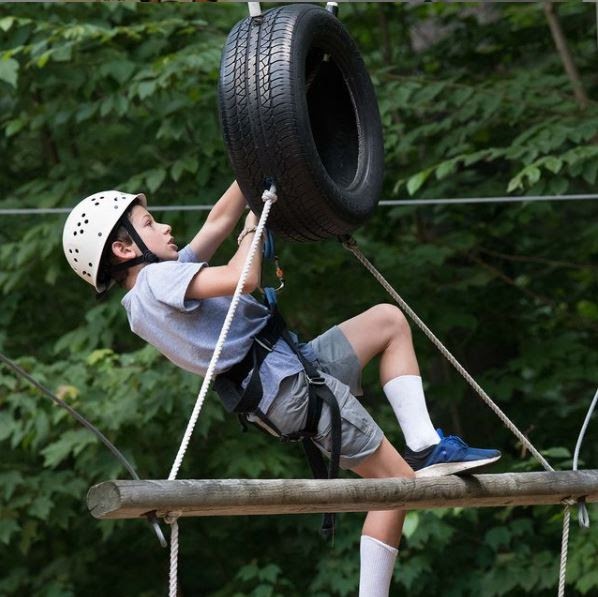 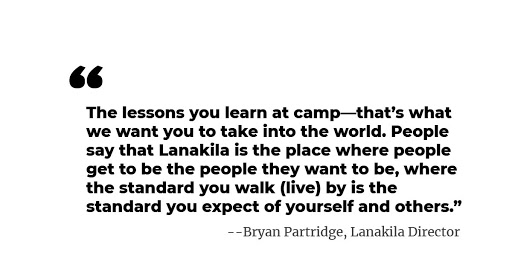 Camp is different from home life, it’s different from school life. Camp life provides a unique setting and environment for social and emotional learning to flourish. Teaching social and emotional learning and its attendant skills of leadership and teamwork are at work daily in the life of campers all around the globe. From learning how to manage your emotions in a high-spirited game of dodgeball to showing empathy to a cabin mate who may be missing home, limitless opportunities to learn about oneself and others unfold by-the-minute at camp. The teaching of competencies and skills that fall under the umbrella of SEL happens organically with exemplary role models (counselors and camp personnel) and circumstances that encourage personal growth through taking chances and being responsible.  This is social and emotional learning actualized and camp is the perfect place to make that happen.

It’s our sincere wish that camps are able to reopen this summer and continue to provide campers space to grow socially, emotionally, intellectually, and in their humanity.  From our perspective, as designers and builders of challenge courses and trainers of camp counselors who run those elements on the ground and in the sky, we more closely understand the tight connection between social and emotional learning and leadership development at camp.  Each camp is unique, each has a purposeful mission, and each camp has an important social and emotional role to fulfill for its campers.

By the way, all of the Aloha camps will be up and running this summer, are fully enrolled, and will be modeling the best practices in maintaining a safe and healthy environment. Additionally, the American Camping Association (ACA) has published useful guidelines for camps to help navigate opening in 2021.  If you’re interested in learning more about the origins of camp in the US and the unique educational role it offers, click the link to read the ACA’s blog titled Camp as an Educator: Lessons Learned From History. 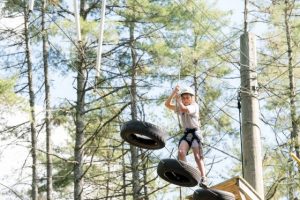 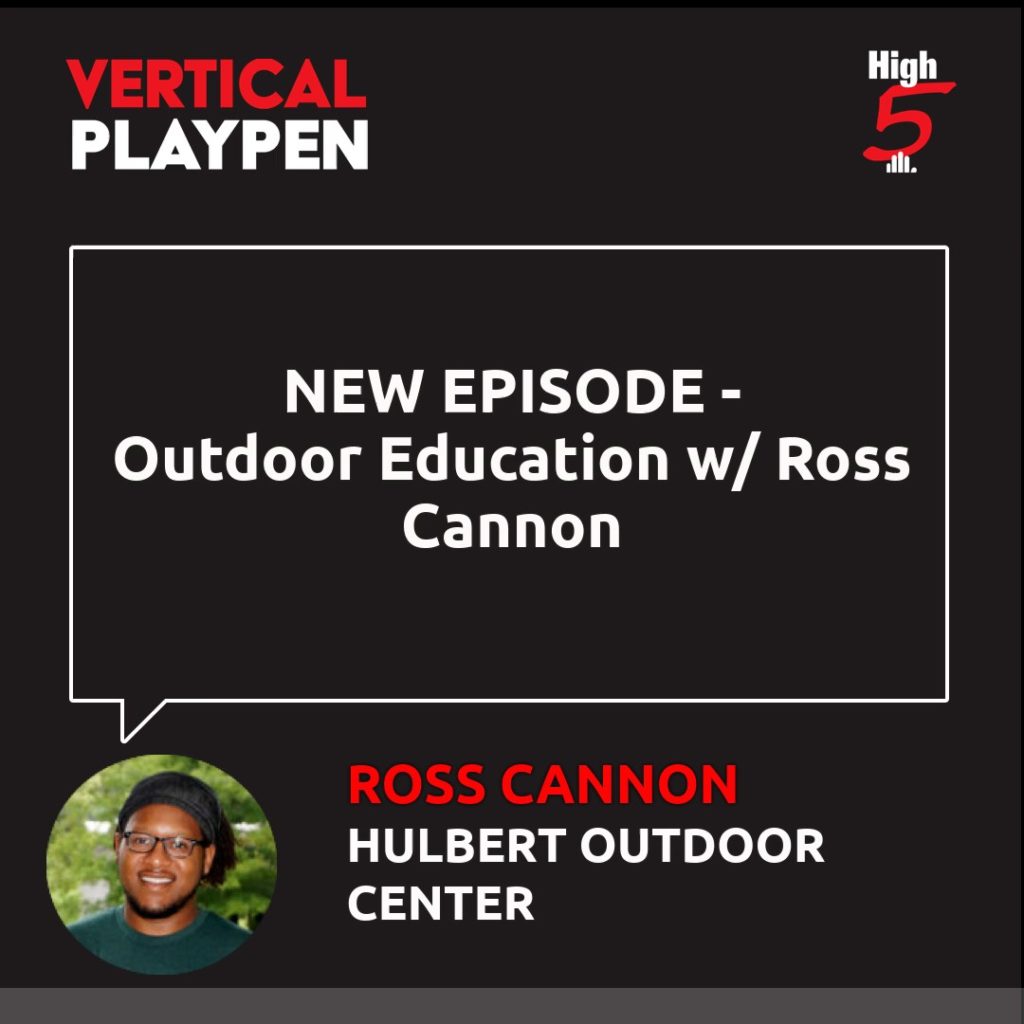 High 5’s podcaster-in-chief Phil Brown recorded a conversation with Ross Cannon of the Aloha Foundation’s Hulbert Outdoor Center in which they explored some of the finer points of outdoor education and challenge course facilitation. Click here and check out what they had to say.