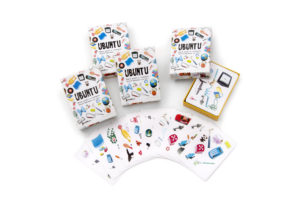 What inspired you to create Ubuntu Cards in 2011?

Both Chris Ortiz and I love the “I Spy Books” – I’d say that was a primary catalyst of inspiration for Ubuntu.  By using random objects in combination with fun activities, we wanted to invite people to connect, right “Out of the box,” so to speak.  It’s in the use of random objects that we open the door to conversations and give space for interpretation.  We started the deck with 16 random object cards, and then it morphed into 52 cards, and finally, we settled on 54 (since a regular card deck has 2 jokers).  We don’t have any jokers in the deck, but the deck is stacked with 3 objects that don’t have an image home card.  Do you know which objects they are?

Do the random objects on the cards have unique backstories?

Each card has a story to tell.  Two of the cards are hand-drawn and have a lot of meaning to both Chris and me.  I find it both cool and symbolic that the flower and shark were drawn by kids, for a game that is played by kids and adults around the world.  Chris’ daughter drew the flower and my daughter drew the shark, in case you were wondering.  Beyond that, here’s some backstory on some of the images on Ubuntu cards: 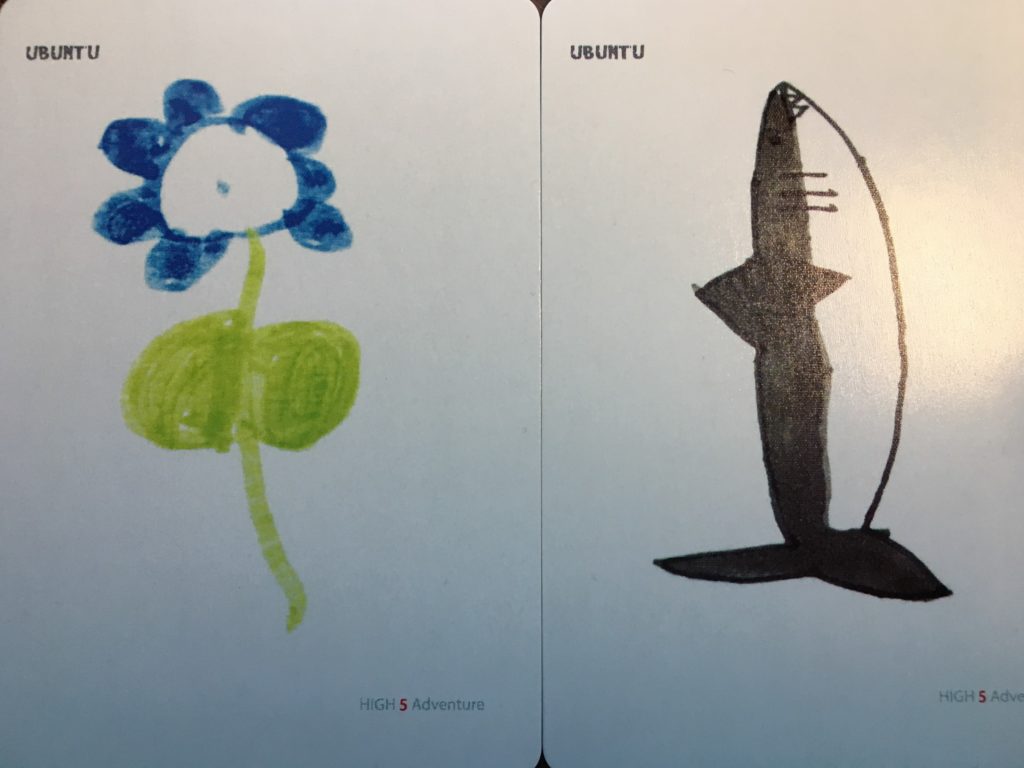 Can you share a memorable conversation you had with Ubuntu?

Sure, a few years back I was in a classroom and a student asked me about the compact disk card.  They wondered why the disk looked so strange.  The look on my face was strange too since I couldn’t immediately pinpoint the card to which they were referring.  Finally, I realized the student was referring to the vinyl LP, the old analog sound storage medium!  In some ways, the cards capture the popular culture of the time.   As it turns out, the LP staged a comeback, and now students might recognize an LP.  Ironically, they may not know what a CD is, though!  This conversation brings up an important feature of Ubuntu.  We all see things differently, and we all use labels to make sense of our world.  Sometimes things fit into neat categories and sometimes they fit into multiple categories.  Ubuntu cards can help create an awareness of how hard it is to label things, and how sometimes labels can get in the way.  To draw a parallel, a student may have their feelings hurt in the classroom, and they may be misunderstood in their actions.  Ubuntu cards won’t directly solve this issue, but we hope the cards encourage divergent thinking and allow space for powerful learning experiences.  It’s my hope that the learning that occurs through playing Ubuntu, can then transcend the classroom and the workplace.  That would be awesome! 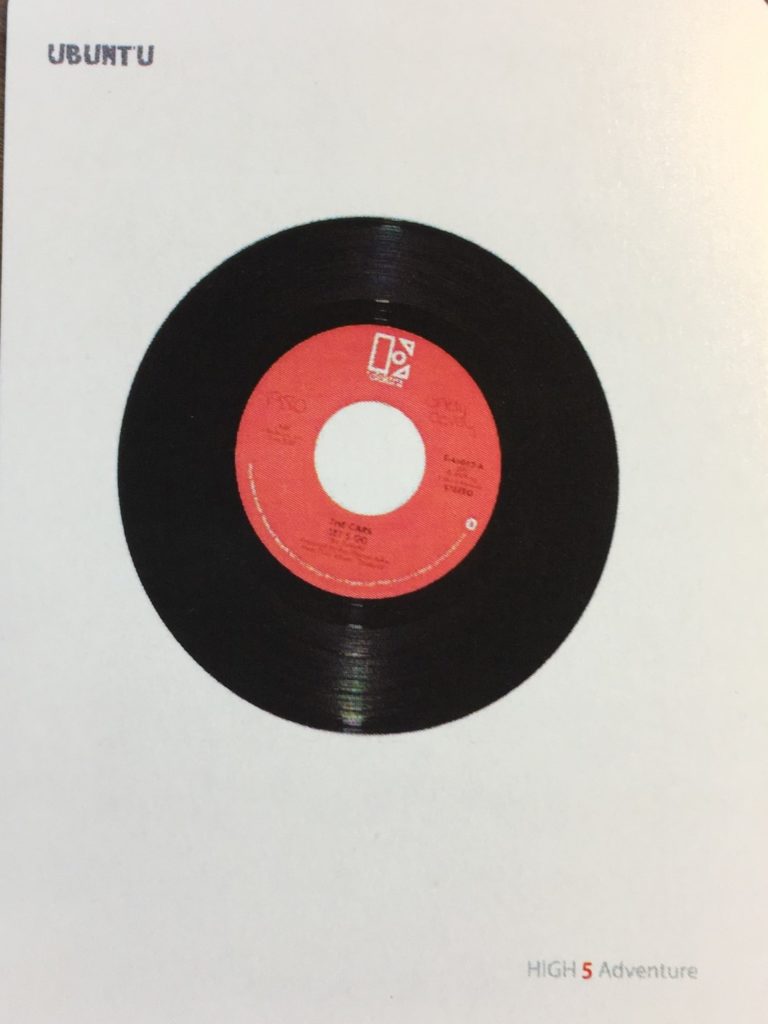 Any last remarks to add?