Sweep the Sheds: A Powerful Concept for Team Building 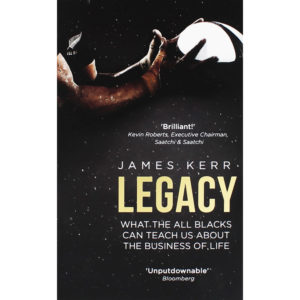 The title of one chapter is Sweep the Sheds, with the equally important subtitle Never Be Too Big to Do the Small Things that Need to Be Done!  Sweep the Sheds captures the most important character trait of all…humility…or taking responsibility for your own actions and not having any sense of entitlement. It tells the story of when the All Blacks won the Rugby World Cup. After the victory, while most of the team stayed on the field to be joined by thousands of fans in a joyous celebration, several of the most veteran players were absent. Why? Because it was their job to clean the locker room before the team came in from the field. That’s right, the most senior team members Sweep the Sheds. Remarkable!

While I’ve only read about the All Blacks, I have been fortunate to witness similar acts of humility that have stayed with me forever.

It’s easy to say or do the right thing when you have an audience, but it’s something else to truly never be too big to do the small things that need to be done. It’s been my impression that people reveal more about who they really are when they don’t think others are watching. True qualities of leadership aren’t revealed under the bright lights, they’re discovered in our actions each and every day. 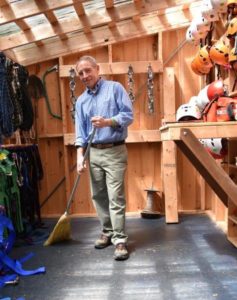 Connect with more of our Team Development Stories here:  https://high5adventure.org/team-and-leadership-development/team-development-experiences