THE NHL’S BOSTON BRUINS STRENGTHENED THEIR TEAM CHEMISTRY AT HIGH 5.

When the NHL’s Boston Bruins wanted to strengthen their team chemistry and increase their team performance they chose High 5 to make it happen. In late September 2010 Boston Bruins players, coaches and training staff arrived at High 5 for a custom designed program aimed at strengthening team connections, developing and broadening team leadership roles and creating increased accountability around performance objectives.

According to Jim Grout, High 5’s director, the team was very engaged in every aspect of the program; “The success of this type of team development effort is so dependent upon the buy-in level of the participants. The Bruins exemplified the kind of commitment and energy that is needed to assure that what happens at High 5 carries over onto their life on the ice.”

The Bruins ended their season as Stanley Cup Champions.

“Coming to High 5 helped me learn what type of leader I can be. It’s amazing – the trust that you can build off of a simple activity,” said Danny Paille, one of the players who raised the cup over his head that season. “The self doubt I had about my ability to lead just went away.“ Paille went on to continue working with High 5’s Edge of Leadership High School Summer Program. 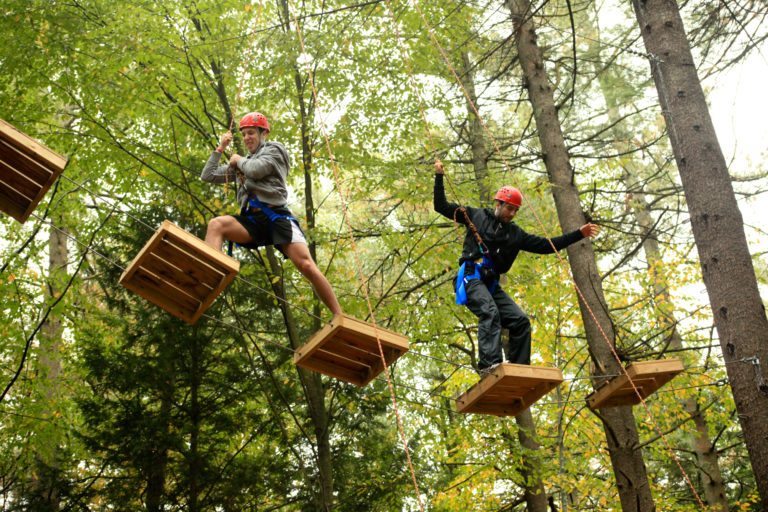