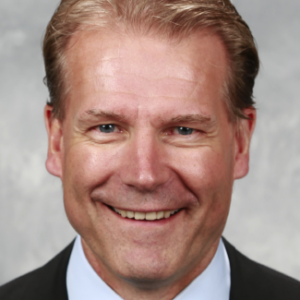 Geoff Ward is a professional hockey coach. Prior to embarking on a coaching career, he was a physical education and science teacher. Geoff’s interest in leadership, team dynamics, and culture building led him and his team, the Boston Bruins, to work with High 5 in 2010. He was so impressed with the effectiveness of the team-building program that he subsequently engaged High 5 in each of his next three coaching assignments winning two championships – the Stanley Cup in 2011 with the Bruins and the DEL Championship with the Adler Mannheim in 2015. Geoff has said many times that the High 5 experience was a key factor in team success and winning and was instrumental in building high-functioning teams. He earned a BA in Physical Education from Western University in 1985 and a Bachelor of Education degree from Western University in 1986. Geoff and his family reside in Lexington, MA.